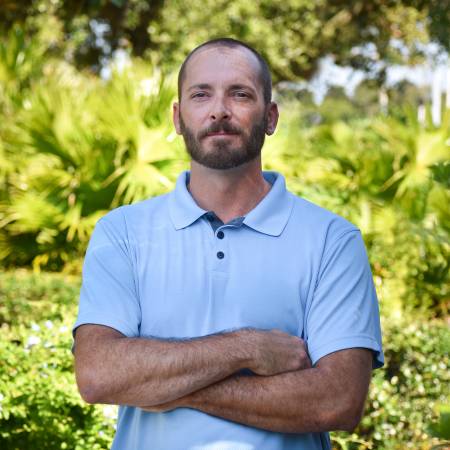 The jack of all trades and the master of maintenance, Bart Hardy joined the Compass family in 2016 and has been tending to the upkeep of our properties ever since. He loves the fun challenges that the job presents him. Though sometimes he considers himself a glorified babysitter, he says it's the people and the company culture that are his favorite parts of the job. Bart not only loves his coworkers, but he also enjoys taking care of our owners' properties and seeing that all of their maintenance needs are met.

Bart says he's boring outside of work, but that's far from the truth. Born and raised in Alabama, he went to Auburn University where he earned a degree in horticulture. He went into chemical landscaping and successfully pursued that line of work before the Emerald Coast called his name. His proudest moments in life are the birth of his two kids, Haylee Jane and Zachary. After work, Bart's always looking for live music to enjoy or a good book to read. He loves all kinds of music, but for books he sticks to the classics like Jack Kerouac and Ernest Hemingway.

Favorite Song: The Band's version of "When I Paint My Masterpiece"